FRIENDS has established a Parent Advisory Council to provide useful overall program direction and guidance to the activities of the National Center. Committee members share their experience and expertise in child abuse prevention and family strengthening through their active participation in FRIENDS workgroups and the annual Grantee’s meeting, development/review of FRIENDS written materials, and by providing resource center staff with consultation and advice.

Members of the team include:

Bruce works as a Substitute Teacher for Killeen Independent School District, in Killeen, Texas. As a result of his kinship experience, Bruce has also worked as a Coordinator for Parents Helping Parents and Kinship Navigator for the Kansas Children’s Service League (KCSL). In his role at KCSL, Bruce has trained facilitators for parent support groups. Bruce served on the Kansas Fatherhood Coalition, Governor’s Mental Health Services Planning Council Children Subcommittee (GMHSPC), Resources Empowerment Advocacy Lifeline (R.E.A.L.), Support for Parents Committee: Wichita Coalition for Child Abuse Prevention, and Greater Wichita Fatherhood Coalition. Currently he is a Family Consultant for the Capacity Building Center for the States.

Bruce received by Fathers & Families Coalition of America; Fatherhood Practitioner & Healthy Relationship Certification Educator Certificate Program and an Intentional Parenting – Fatherhood Training Certificate. He has presented at various national and state conferences such as the Parents Helping Parents Statewide Advisory Council, and the Kansas Governor’s Conference. Bruce received a Bachelor of Arts degree in Communication with a minor in Psychology in 1991, and a Bachelor’s in Social Work in 1995 from Washburn University.

Eileen Graham (GA) is a native of Rochester, New York but is currently living in McDonough, Georgia. She is the proud parent of three children; college graduates Brandi and Brandon and a school-aged daughter, Brielle. Eileen has two grandsons (Jamari and Mehkai) whom she completely adores. Ms. Graham is an educator and fearless leader but she enjoys working in roles and that involve team building and collaboration. She is a mentor, friend, and servant leader. Ms. Graham volunteers as a council member on the Georgia Parent Advisory Council. Advisor and member with ROC (Rochester, NY) Coalition for Public Education, she is also an honorary member with NYSAPE (New York State Allies for Public Education). Eileen believes education is vital to developing and preparing children for the future. Ms. Graham is dedicated to making sure parents are well-informed because she feels well-informed parents make well-informed decisions. Eileen values spending time and making memories with family and friends.  Eileen believes in the power of leadership and collaboration and has made a lifetime commitment to utilizing her strengths to effectively lead and bring about change. 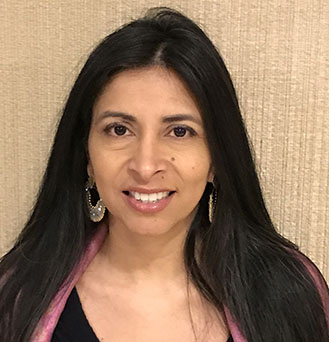 Melba Marcela Henao, of New Jersey, was determined to break the cycle of abuse after the birth of her son. Becoming a mother empowered Ms. Henao to use her struggles as a driving force to advocate for women and children’s rights. Ms. Henao is an alumnus of New Leadership, The Center for American Women and Politics, at the Eagleton Institute in Rutgers University. She has been actively involved as Leader Parent with the (UCCYC) Union County Council for Young Children since 2015 and joined the Family Advisory Council for Newark Beth Israel Medical Center & Children’s Hospital of NJ. Henao is a Confidential Sexual Violence Advocate (CSVA) with the County Rape Crisis Center (CRCC).

As the Community Liaison for an adult day medical center NJ, Henao is part of an Intergenerational task force with non-profit coalitions focusing on intergenerational connections. Ms. Henao believes in the importance of bringing together diverse age groups as a way to strengthen families and prevent domestic violence and abuse. She is one of 16 parent advisors who collaborated in the Aspen Postsecondary Success for Parents Initiative, with Ascend, The Aspen Institute in Washington DC. Ms. Henao holds an Associates's degree in Social Science and is pursuing a bachelor’s degree in Social Work while simultaneously running an all women's support group in her community that focuses on ending the cycle of domestic violence and abuse. Henao is a passionate advocate of women and children, as well as a voice for the community and desires to be a continuous beacon of hope for those considered the most vulnerable.

Joanne Hodgeman is a single mother of three. Being an alumni of foster care, she has been a long time youth and family advocate. Joanne is a founding board member and co-chair of Foster Alum Minnesota (FAM). She is also a parent leader with Minnesota Communities Caring for Children (formerly Prevent Child Abuse MN) and serves on a variety of committees, task forces and community initiatives that focus on youth and families. Joanne is a licensed social worker with extensive training in trauma and is currently employed as a mental health case manager. Joanne and her children reside in St. Paul, MN.

Valerie Lebanion has been an advocate for children since her first child started school 28 years ago and she hasn’t stopped yet. She has earned her Master’s Degree in Mental Health Counseling and serves as the Kentucky State Parent Leader for Community Collaboration for Children. Valerie has served with Parents Anonymous as a Parent Group Facilitator and currently is working as a certified Nurturing Parenting instructor. Valerie serves on the state Child and Family Services Plan Continuous Quality Improvement Committee. Valerie lives in Corbin, Kentucky. She is the mother of six children, grandmother of three beautiful children and has been happily married for 30 years.

Anthony Queen got involved in home visiting when the mother of his son passed away. He and his son received services for a two year period and upon completion of services he was asked to come on board as a parent representative. Since becoming a representative, he has been trained in Strengthening Families, Parents Partnering for Change, Adaptive School Foundation, Inside/Out Dad's Initiative, and Parent Cafés and is the co-chairman on the local Diaper Drive program. Anthony is a member of his county's Great Start Parent Coalition and has been a keynote and breakout speaker for the Michigan Home Visiting conference(s). He specializes in taking the home visiting continuum message to underserved communities and getting fathers involved.

Elizabeth Reddick (Washington, DC) is a military veteran, mother of five, and Disability Rights Advocate. She is the Youth Work Group Leader of the Family and Youth Committee of the DC Coordinating Council of School Behavioral Health, where she focuses on amplifying youth voices. As a member of DC's Protection & Advocacy for Individuals with Mental Illness (PAIMI) Advisory Council, Ms. Reddick strives to hold agencies responsible for providing equitable systems of care while creating inclusive and safe spaces. She is also a Parents Amplifying Voices in Education (PAVE) Ward 7 PLE Board Member. Ms. Reddick is trained in trauma-informed care and Adverse Childhood Experiences (ACEs). As a Peer Support person, she believes in sharing lived experiences, reducing stigma, and fostering an environment where self-care includes mental and behavioral health resources.

Raven Sigure is a passionate parent advocate, wife and mother of 5 children. After involvement with child protective services and having several of her children removed and placed in kinship care, Raven received treatment and was able to reunify with her children. Several months after reunification the Louisiana Department of Children & Family Services asked Raven to take a job as the first parent partner of Louisiana to help families involved in the child welfare system. She has served as parent partner at the Extra Mile Resource Center for over 6 years and is also a member of the Children's Justice Act Task Force, the Birth Parent National Network and the Pelican Center for Children & Families. 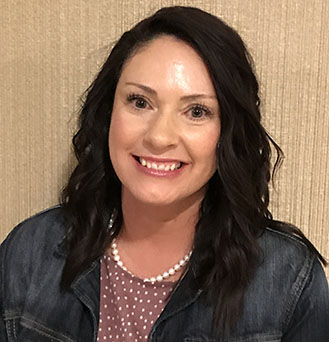 Heather Stenson is a Family Development Specialist as a Montana SafeCare coach and home visitor and a National Trainer and Facilitator of Montana Circle of Parents. Heather and her husband of 23 years, John, have two beautiful sons, Zach and Ryan. Heather and John learned the hard way that raising children isn’t easy, especially when your child has special health care needs and live in an area with limited access to specialists. Heather started working as a SafeCare home visitor in 2014 where she found her voice and peer support. Heather used her ability to start a support group  to help other families in her community parenting children with special health care needs or mental health conditions. Heather, in partnership with the Montana Children’s Special Health Services, created Montana Circle of Parents. Heather has an Associate’s Degree in Early Childhood Education and has received extensive training in areas that support child abuse and neglect prevention.  Heather is a certified Adverse Childhood Experiences (ACE’s) trainer and Supervised Visit Provider and sits on boards and committees throughout the state.  Heather often says that she has a “fire in her belly” to advocate for individuals who can’t advocate for themselves. In 2019 she and a colleague were recognized with Montana’s Pinwheels for Prevention Award in 2019 for helping families.  Heather enjoys learning new things, meeting new people with the same passions and goals, and loves being out in nature and spending quality time with her family. Heather was nominated for the PAC by the Montana Children’s Trust Fund. 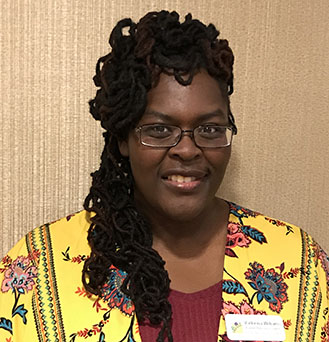 Vadonna Williams is a devoted mother of two sons and a wife to husband Leonard since 1997. She is a dedicated advocate for children and families in Tuscaloosa and throughout Alabama. She has nearly 16 years of parent leadership experience which includes her role as a Parent Leadership Coordinator, Peer Leader and Facilitator of parenting classes. In addition, she has held the position of Director of the Parenting Dept. with Tuscaloosa’s One Place. Vadonna has been very fortunate to have been appointed, by the Governor of Alabama, to currently serve on the Board of Directors for the Alabama Partnership for Children as the Parent Representative. She also is founding member on their Family Advisory Committee.  In addition, she serves as Steering Committee member to the National Early Childhood Family Network. Vadonna was nominated for the FRIENDS PAC by Alabama Partnership for Children.

Melissa Zimmerman lives in Phoenix, Arizona with her daughter, Taylor, and her father.  She is a dedicated family advocate in her community.  She was previously involved with the Department of Child Safety (DCS) formally Child Protective Services and was able to successfully navigate the child welfare system and behavioral health systems to reunited with her daughter.  She advocates for the parents that she works with to be their voice in advocating for their families. She also advocates for parents and foster parents to have a shared parenting relationship while their children are in care.

Today, Melissa has seven years sobriety and is a Recovery Coach for Terros Health with the Families F.I.R.S.T (Families In Recovery Succeeding Together) program helping families reunite with their children.  She uses her life experiences to forge a deep connection with parents bringing them her own life experience to help guide them to success.  Her knowledge is crucial in helping individuals and families navigate the complicated public health and child protection system in Arizona by having a voice to advocate for themselves.  Melissa currently holds a Bachelor of Science Degree in Criminal Justice and is a Certified Peer Support that includes Forensic Peer Support as well. She is a part of the Parent Advisory Collaborative for Arizona and is currently a part of the Birth Foster Parent Partnership (BFPP) and the Birth Parent National Network (BPNN). Melissa is also a part of the statewide S.E.N.S.E training for Arizona.  Melissa was nominated for the PAC by the Arizona Department of Child Safety.